About energizing, structuring and vitalizing in the water

About energizing, structuring and vitalizing in the water

Drinking water mixes with saliva while drinking, then with gastric juices and the water becomes part of our body, which, depending on the body region and organ, consists of approx. 70% or more water.

The breakdown of nutrients takes place in the stomach, among other things, through gastric acid. An important aspect is a neutral pH value of the water that is not too basic. Many acidic foods and fruits are ultimately metabolized in an alkaline way.

Carbon dioxide H2CO3 was originally added to bottled water for the purpose of preservation. The connection with water creates carbon dioxide CO2. Since the pH value becomes lower as a result, it was also known as sour water in the past. In the meantime, drinking and taste habits had adapted. However, the consumption of carbonated water is declining.

What is dead or living water?

Water is not a living being per se, so it cannot be dead or alive. Esoterically oriented people like to use this term, mean it in a figurative sense and use it as a sales argument. Terms such as energizing or vitalizing are also used.

Depending on the temperature, water molecules are grouped in so-called clusters. This cluster structure changes very often every second. When frozen, this structure, which consists of thousands of molecules, can be photographed as a snow crystal. 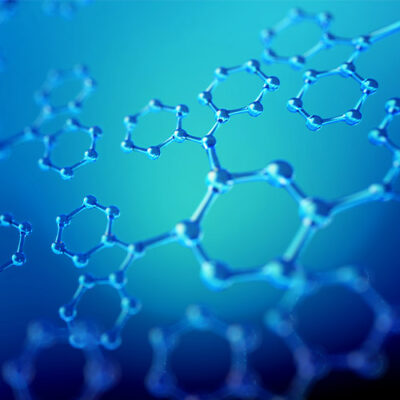 The water clusters react to their surroundings due to coherence and resonance phenomena. Such vibrations can be wavelengths of all frequency ranges such as electromagnetism, sound, infrared light, X-rays, telephone network and even light. Since vibrations are omnipresent in our environment, water also interacts with these frequencies – similar to how one can feel sound vibrations in front of a bass speaker.

The human body also sends out vibrations. According to Rasmus Gaupp-Berghausen from HADO Life, 13-40 Hertz beta waves can be measured in a normal waking state, and significantly stronger electromagnetic fields can be measured in the human heart than in the brain. Various sources report that the fields of our bodies can extend up to several meters. According to the coherence phenomenon, water also interacts with these frequencies, can absorb these frequencies and become a store of these frequencies. However, since the water clusters are constantly changing, it is not a long-term time span. Changes in the aggregate state in water vapor or ice make things even more difficult.

The harmonious structures of the much shown and often cited ice crystal pictures by Masaru Emoto and later Gaupp-Berghausen were in many cases dependent on the laboratory assistants and test subjects who carried out the tests. Water crystal photography of water from the same source led to different results depending on who and in what mood the investigator was. Masaru Emoto saw his photographs themselves as a new kind of art that had neither scientific nor religious claims. Source

Even when vibrations hit body cells, water molecules in the cell become coherent and vibrate accordingly. Gerald H. Pollack and Vladimir Voeikov found out. The hydrogen molecules form a hexagonal shape in our cells in so-called exclusion zones, which exclude foreign bodies. Pollack called it EZ Water (Exclusion Zone) and thus introduces a new state of aggregation of water. By chaining the molecules, the formula expands from H2O to H3O2. The charge level and pH value change. Accordingly, water in our cells structures itself on its own.

As a result, we ourselves structure our water through the environment and thoughts that surround us.

Raik Garve also points out in his work that water clusters shrink in order to allow water to pass through cells. This coincides with Schauberger’s theories on turbulence in order to break up cluster structures. The process of the aquaporins already mentioned above ensures that only individual water molecules get into our body cells. Whatever the information structure, clusters have no way of getting into the cell as a whole structure.

Nutritionists recommend drinking water first thing in the morning – even warm to hot water – to remove toxins that have been processed in the body overnight. Otherwise, the toxins remain in the body and can lead to inflammation and chronic pain.

Approx. 40-50 substances are tested in drinking water in accordance with the requirements of the Drinking Water Ordinance. According to public sources, water can „easily contain 1500 substances of anthropogenic origin“. Including pollution from environmental toxins, industrial residues, manure fertilization from factory farming, medication, drugs, hormones, bacteria. The WHO requires the testing of „200 substances because of their known effects on health“ *. One reads more often about bacterial alarms and other drinking water alarms in the press releases.

Where can I get minerals from without mineral water?

Rainwater contains no minerals and has supplied plants, animals and people for thousands of years. Essential minerals are generally ingested with food. Even on mineral bottles there is a note: „Pay attention to a balanced diet … [read more]

Where can I get minerals from without mineral water?