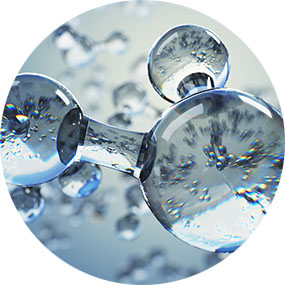 Water binds hydrogen: Water is life and consists of H2O molecules, a combination of hydrogen and oxygen. In addition, water is able to bind gaseous hydrogen. Our body consists of around 60-90% water, depending on age and body region.

Hydrogen is energy for our body: Molecular hydrogen (H2) is the smallest element and is gaseous at room temperature. It gets into our cells and is required as an energy donor for our energy metabolism in the body. This metabolism takes place in mitochondria in our cells, mainly in cells with high energy consumption such as muscle cells, nerve cells, sensory cells and egg cells.

No profit without side effects: As a by-product of the metabolism and through immune defense against bacteria, viruses and parasites, reactive oxygen compounds are created, so-called Free radicals or oxygen radicals (ROS). These are deposited in the mitochondria and are harmful to our organism. An excess of ROS leads to oxidative stress. According to medical opinions, they favor arteriosclerosis, cardiovascular disease, arthritis and cancer. Signs of oxidative stress can be increased tiredness, decreased performance and exhaustion. Also lack of energy, increased susceptibility to infections, chronic infections, poor wound healing or high blood pressure. Free radicals can also be favored by an unbalanced diet, cigarettes, alcohol, chronic inflammation, pesticides, medicines, hormone preparations, environmental toxins such as pollutants in the air or excessive exposure to UV radiation.

Natural protective shield hydrogen: Protection against ROS is provided by antioxidants. Molecular hydrogen (H2) is a particularly effective antioxidant. The body itself produces hydrogen in the intestine, supported by healthy foods in which hydrogen is bound. These are generally nutrient-rich and fiber-rich foods, vitamins and minerals. Since this is not always compatible with our lifestyle, an extra portion of hydrogen is helpful for better wellbeing.

Secret recipe for extra hydrogen: The experience of researchers, doctors and developers has led to a process for binding gaseous hydrogen in water. The pH value is thereby changed insignificantly. After drinking this hydrogen water, H2 molecules distribute themselves in our body within minutes and reach the smallest areas such as Mitochondria. The hydrogen tries to form bonds and meets the oxygen compounds of the free radicals. H2 and O bind and are excreted as water, with the wonderful side effect and goal that the ROS deposits in the cells are broken down. This enables the cells to work more effectively again.

Hydrogen fountain of youth: If one assumes that free radicals are a reason for the aging process in our cells, hydrogen is a natural rejuvenating and anti-aging element – a fountain of youth that is available everywhere. According to reports, gaseous hydrogen has also been detected in globally recognized healing springs – possibly gaseous dissolved hydrogen is the reason for many spontaneous healings.

Copied from nature: hydrogen-water or so-called Active water can be prepared at home with hydrogen boosters also known as hydrogen rich water generators or water ionizers. These devices add gaseous hydrogen to water within a few minutes at the push of a button. The water always has to be freshly prepared because the hydrogen is released. (This fact is possibly also the reason why the effects of healing springs mostly only work on site.) Depending on the device and saturation, the outgassing happens within an hour. Then H2 can be added to the water again. Mobile hydrogen boosters have been specially developed to ensure this on the go, in the office or during sports. Equipped with a battery and USB charging option, this can be done within a few minutes.

Overacidification of the body – an important acid-base balance

Improves the effects of aging processes and kidney damage

Against muscle fatigue in athletes

Effects on quality of life of cancer patients 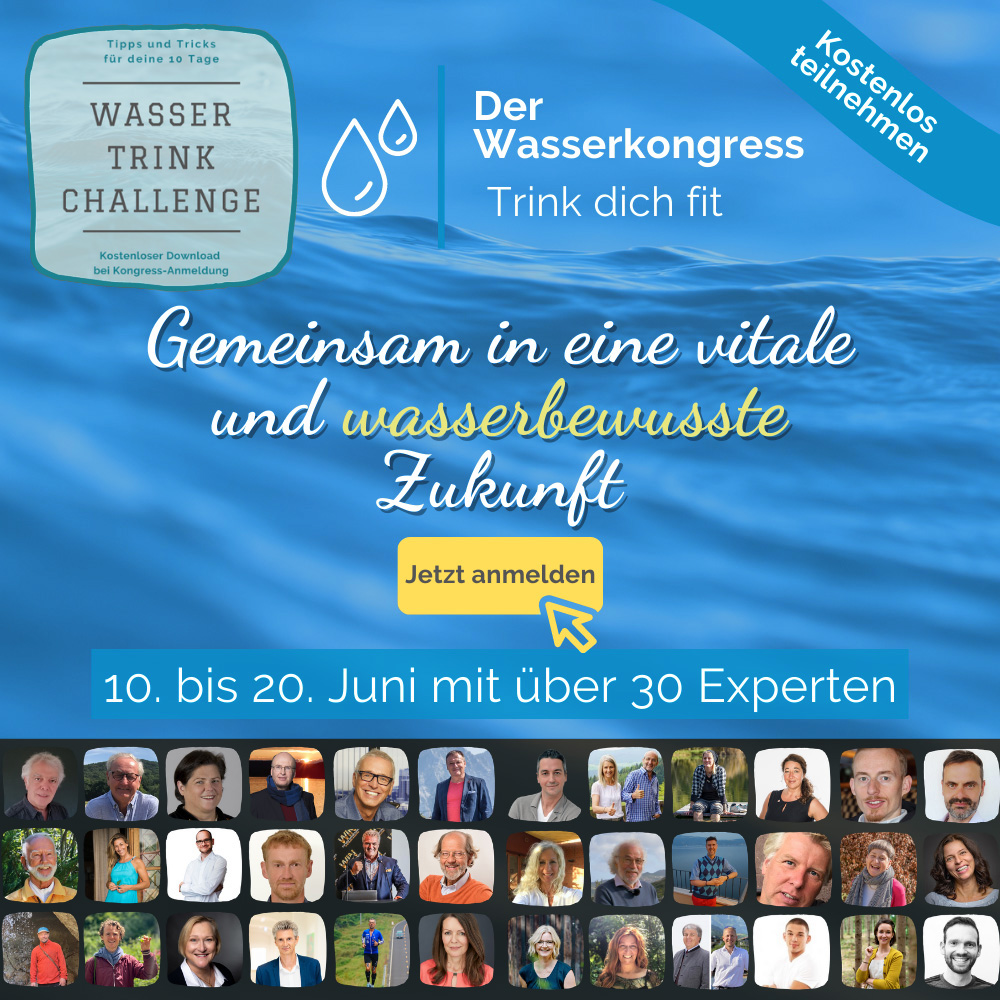